Iggesund Forest’s Blue Line series of harvester bars was released just over a year ago but the results were far higher than anticipated. The orders received this year, up until August have exceeded expectations with an increase of 25%.

“We would never had dared believe that the increase in orders and sales would ever be this big. It has been a fantastic, positive response we have had from the Blue Line series,” says Erik Molin, Site Manager and Marketing Director at Iggesund Forest.

A 25% increase over 7 months
Iggesund Forest believes that the 25% rise in sales orders is a combination of things happening at the same time. The main reason is, of course, that the Blue Line series in fact is so much better than earlier harvester bars and that it has received very positive feedback from the customers. Secondly, a global factor is that it is going well in the branch as a whole, so the timing for the launch was perfect. Another reason is that Iggesund Forest has put a lot of focus on marketing this year, where for instance the Elmia Wood exhibition in June was a success.

“We were very pleased with Elmia Wood, except for the weather which was definitely against us! It was a great exhibition where we made lots of new contacts, especially in our international markets and that also has an impact,” explains Erik.

Iggesund Forest usually has a clear season variation in sales orders and every year it usually gets a bit calmer from March towards July. After waiting for the dip to come, it never did, instead the amount of orders received remained at a stable and high rate throughout those months, setting a new trend and obviously, a new challenge to meet the new demand.

Night shifts to be introduced for the first time
For the staff, it has been a tough, but exciting time and everyone has been working

hard to get the ordered products out to customers.

“It is a huge challenge to handle such an increase in a short space of time but there is a positive atmosphere here and the personnel have done a fantastic job during this sales increase with everyone working to full effect, making sure that we succeed in this new challenge. The staff really deserve a lot of praise and it is due to our team that we can deliver these high-quality products to the customers that need them,” says Erik.

And it seems like Iggesund Forest needs to get used to this production rate. Over the next few months they expect to have a much higher rate than they have ever had before. In order to handle this, they are boosting the number of employees working in the production department and will also increase the shift patterns. For the first time a night shift will be introduced.

“The new night shift and increase in personnel is a big step but even if this is an effect of the new Blue Line series and the marketing surrounding that, I think we have hit a new level that will be the benchmark as we approach 2018, which feels really positive,” continues Erik.

A new era for Iggesund Forest
Looking forward the focus is on increasing the production pace throughout the remaining months of this year and maintaining a high order intake to continue to stay at this high level.

“I believe this is the start for a new standard at Iggesund Forest in terms of sales and performance,” says Erik.

The Blue Line Series
The Blue Line series are the best harvester bars Iggesund Forest has ever made. The features have been developed as a result of listening to the customers’ needs.

A unique metal alloy, in combination with an improved tempering technique makes them stronger, more robust and more rigid so they are able to withstand all kinds of conditions are just some of the reasons that this series is breaking all the sales records at Iggesund Forest. 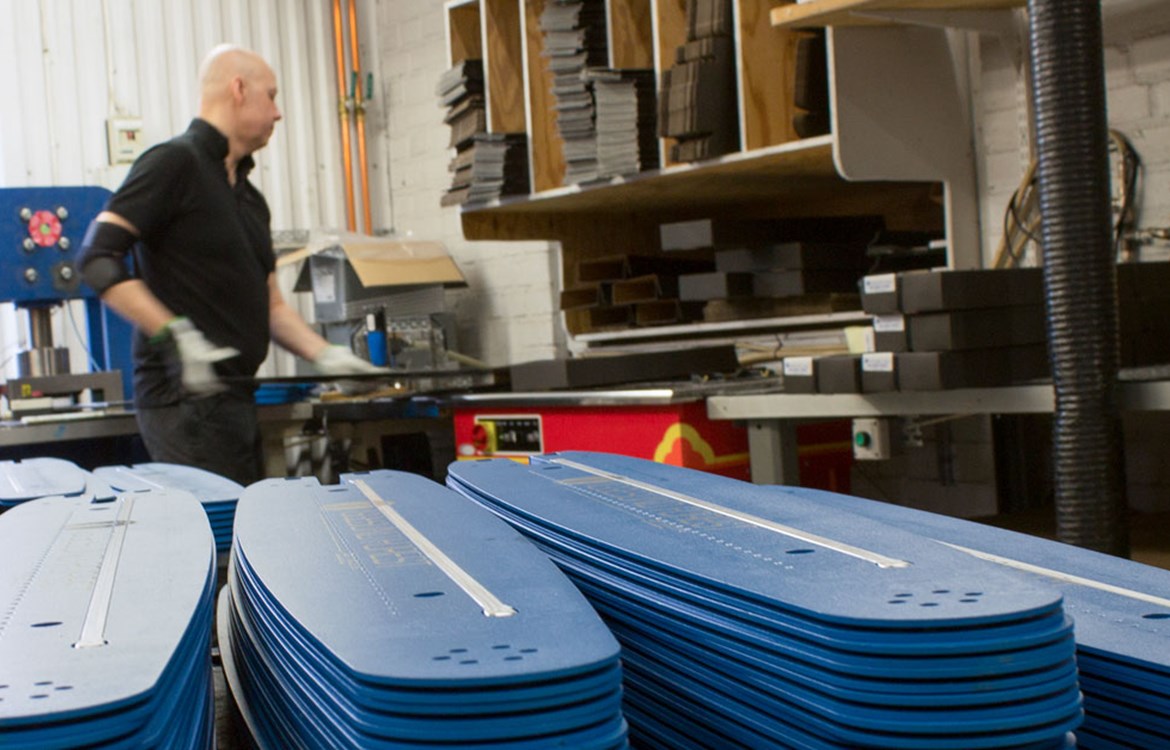